The Christian at work must never lose sight of the possible conflicts between Christian ideals and the demands of the workplace. What is important here is to remember that Christian values are eternal and workplace needs are temporary. What man thinks important withers and dies; God’s will never does.

No one wants to enter into conflict with fellow workers and it is almost invariably counter-productive to do so, and yet some differences of opinion cannot be ignored. The Christian needs work just as the non-Christian does; in order to have enough money to keep a roof over the family’s head and food on the family’s table, but also to have the satisfaction that comes from knowing he or she has contributed to a communal effort and to something worthwhile.

It is also true that mankind is social.

Above all, though, the Christian worker knows that she or he has been saved by God and that that is a gift that cannot be ignored.

So what is expected? How must the Christian worker respond when it becomes clear that her or his place of employment requires an action she or he knows to be against the will of God?

Put in those terms, course, there is no choice. It is enough to know that something is wrong to know that both the temptation to do it and the order to do it must be ignored.

Employment, though, will not always be about conflict; the Christian should regard every job, however exalted or humble, as 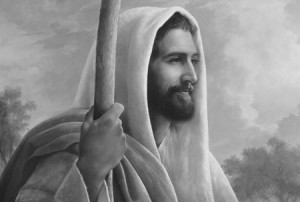 a vocation to which he or she has been called and which he or she must do to the very best of their ability. The Christian worker must see Christ as their employer. They have been called into this position and God does not call anyone to anything without good reason. The Christian worker does not challenge or question what he or she has been asked to do, but merely does it to the best of his or her ability without ever forgetting that the commands of God come first.