People believe what they see more than what they hear. The Christian worker will tell people who ask that he or she is a Christian because bearing witness is part of what Christian workers do but bearing witness is not in itself sufficient; what matters is that the person asking the question can relate the answer to the behaviour they see. A stated belief in God accompanied by an observable worship of Mammon will convince no-one; worse, it will lead to a suspicion of hypocrisy that will colour that person’s approach to all other Christians. 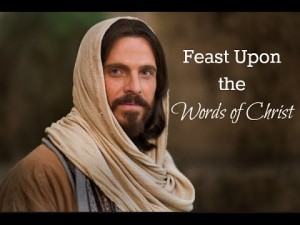 Remember what Paul said to Timothy: that Timothy should be an example. That is the command to all Christian workers; not to lecture but to be an example. Christians know what God wants them to do because God told them through his son, the Lord Jesus Christ. And, in fact, He told them before that when he gave the Ten Commandments to Moses. God will deal justly with those who break His commandments, but he will be especially stern with the professed Christian worker who fails to keep to them.

And so let every Christian worker interrogate himself while there is still time. Is she/he keeping the Law in every respect? The two greatest requirements are: that they love the Lord their God with all their heart and with all their strength; and that they love their neighbour as themselves. That is the standard by which at the end they will be judged, but there is no need to wait till the end because y then it may be too late. Each Christian worker must ask themselves: have they obeyed those two laws? And they should ask that question not once and for all but at the end of each day.

And, having asked it – and having, as is inevitable, found themselves wanting – they must not give up, but renew their efforts.