Towards the end of the nineteenth century, the Christian Social Union (CSU) had three thousand members; a few years later it had double that number. For anyone looking at the CSU a hundred and twenty years later, or for that matter the Guild of Saint Matthew and a number of other bodies that at the time regarded themselves as Christian socialist movements of one sort or another, the insuperable problem is that their “socialism” was of a sort that would not now be regarded as socialist at all. 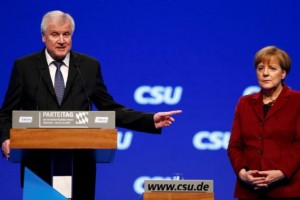 Created by two clergymen, Henry Scott Holland and Charles Gore, the CSU was open to clergy and laity and its primary objective was to influence both government and the higher levels of the church. It was, though, despite its name, never committed to anything that resembled socialism as it is known today. Only Anglicans could belong and there were more bishops among the membership than members of the working class. Its aims were religious and moral and not political or economic.

The Christian Fellowship League was formed in an attempt to attract a working class membership but failed.

Some good things came from the Christian Social Union; they included Toynbee Hall as well as hostels for men and women where working people could live without the risk of being ensnared and dragged into immorality and crime. Toynbee Hall still exists, although its motivations are now very different from those with which it began life.

The intention of Toynbee Hall as first set up was to provide a place where future leaders of society could come face-to-face with the results of poverty and godlessness. It certainly had some impact; William Beveridge, the social reformer whose report in 1942 paved the way for the welfare state and Clement Attlee, Labour Prime Minister from 1945 to 1951, both spent time there as young men and the traces of that experience can be seen in their later work.

However, the explicitly Christian elements of these movements have now disappeared.