More than most people, Christian workers often feel under pressure to do things they don’t want to do and live in ways that they think are wrong. So what is most important? Priority number one must be an ever closer union with God. Of course it’s nice to know that other people are watching and thinking, “That was a good job well done,” but if the price of winning that approval from another person is the knowledge that God is probably watching and thinking, “My child has gone astray,” then that is a price that must not be paid. 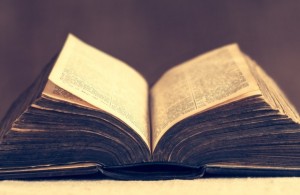 Nor is it enough to be endlessly busy in good works if the cost of that busyness is separation from God. Jesus said, ‘Seek first the kingdom of God and His righteousness.’ That message is clear and the use of the word “first” brooks no objection. For the Christian worker, God comes first.

The Bible offers no guidance on choosing careers and that is understandable bearing in mind that in biblical times there was not the range of options that there is now. A woman would marry and have children – no alternative was considered. If a man’s father was a shepherd, so would the man be; Joseph was a carpenter and so Jesus became a Nazareth carpenter. There is careers guidance of a sort, though. Work that can only be done by acting unethically or amorally is not a suitable occupation for the Christian worker. Employment so intensive as to allow no time for the family and no time for prayer and contemplation is work the Christian worker should not follow, however well rewarded financially it may be.

What Christian workers must do is look closely at their skills and abilities . These things are referred to as gifts because that is what they are – gifts from God. If God made someone artistic, He did it for a reason, and if God made someone a careful manager, it was not so that that skill could be hidden and never used. God talks to everyone every day. Wise people listen.